The national flag of Spain consists of a yellow field containing the national emblem sandwiched between two horizontal red bars. Yellow and red are traditional Spanish colours that according to legend represents bullfighting (red from the blood of the bull and yellow sand of the bullring). The symbol in the yellow band is the SpanishRead more 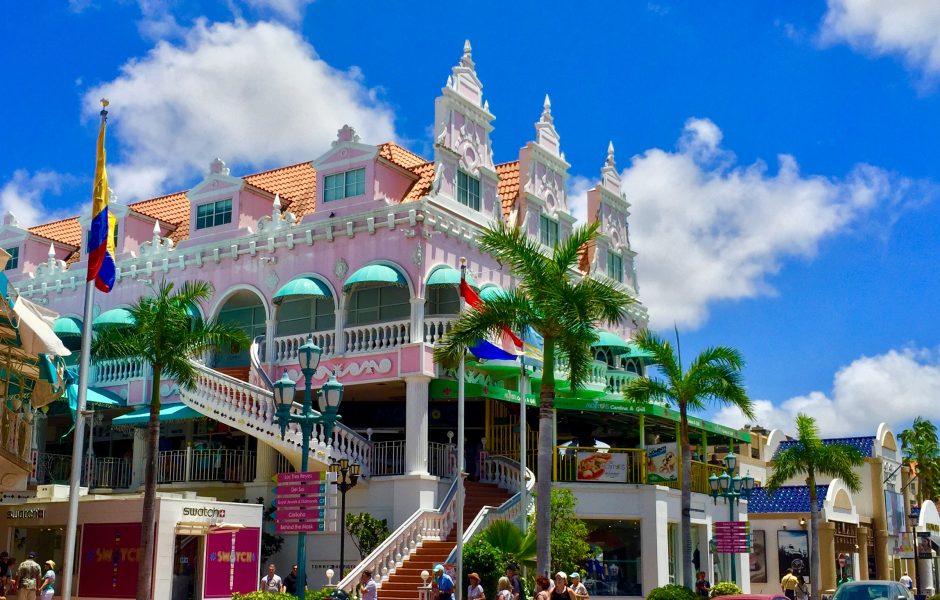 The national flag of Aruba is comprised of a light blue field with two yellow stripes and one white-outlined 4-point red star.  The blue field represents the Caribbean Sea that encircles the island nation and the yellow stripes symbolize its industries of gold, aloe, and oil.  The star’s white outline symbolizes its white sandy beachesRead more 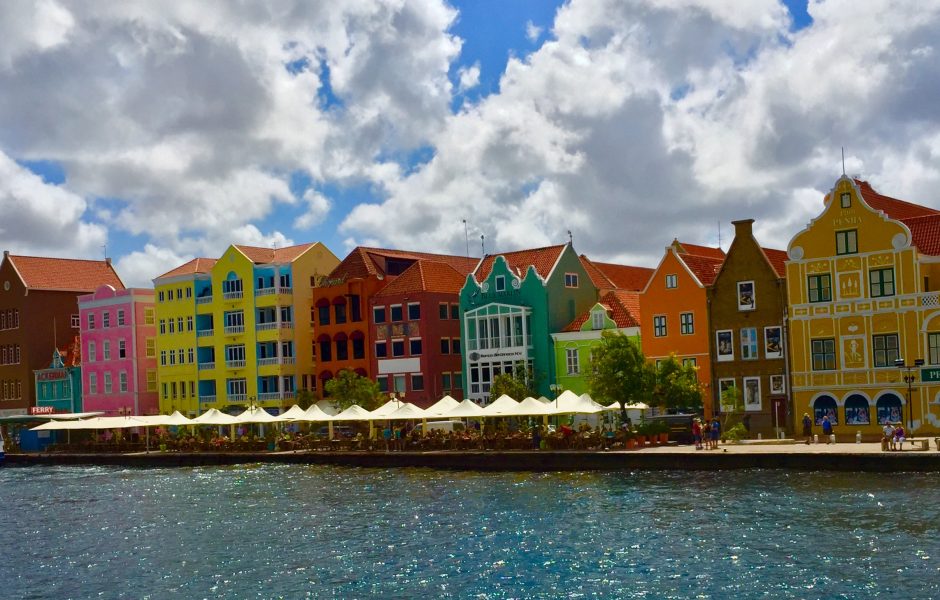 The flag of Curaçao consists of a deep blue field with a horizontal yellow stripe below the center-line and two white 5-point stars.  The blue field represents the blue skies and blue sea that engulf the island nation, while the yellow stripe represents the abundant Caribbean sun.  The two stars symbolize ‘love’ and ‘happiness’, whileRead more 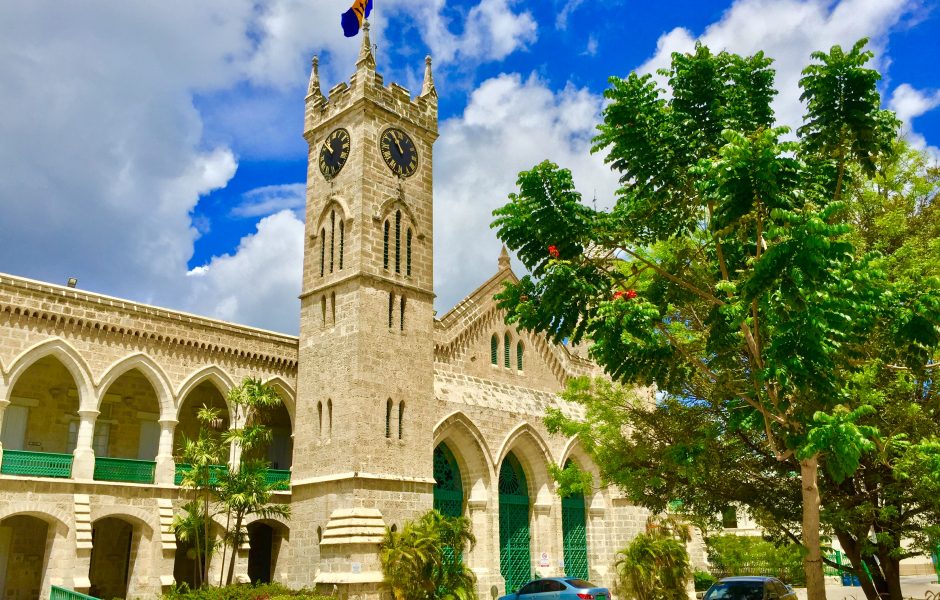 The national flag of Barbados is a simple but unique design with a three-panel field of blue and gold and a trident in center.  The blue panels represent the sea and sky of the island nation while the gold panel represents the golden sand of its beaches.  The black trident symbolizes the Trident of Neptune,Read more 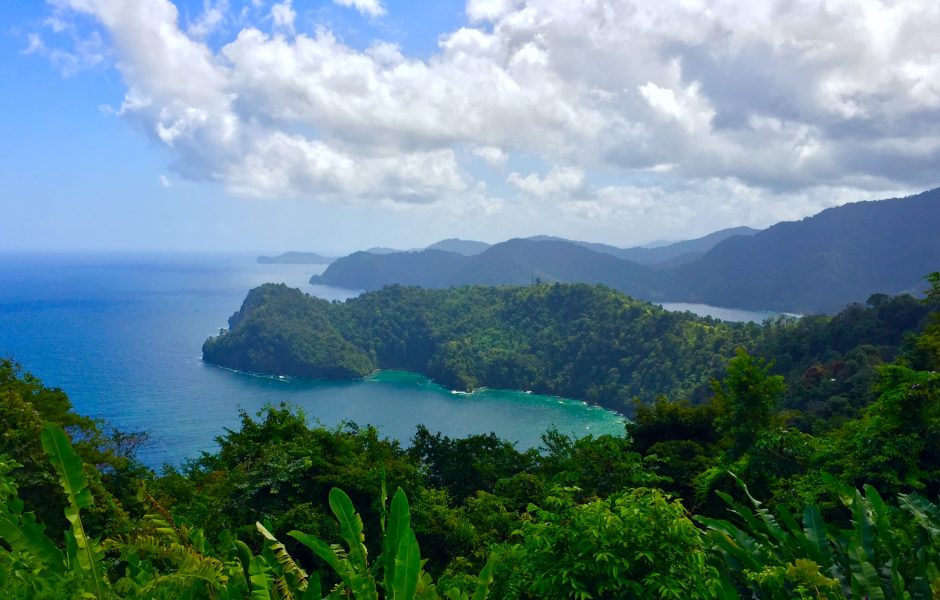 Adopted in 1962, the flag of the island nation of Trinidad & Tobago is a simple but symbolic flag of a red background with a diagonal black stripe flanked on each side by thin white stripes.  The red field symbolizes the warmth and energy of the sun, vitality of the land, and the courage and friendlinessRead more 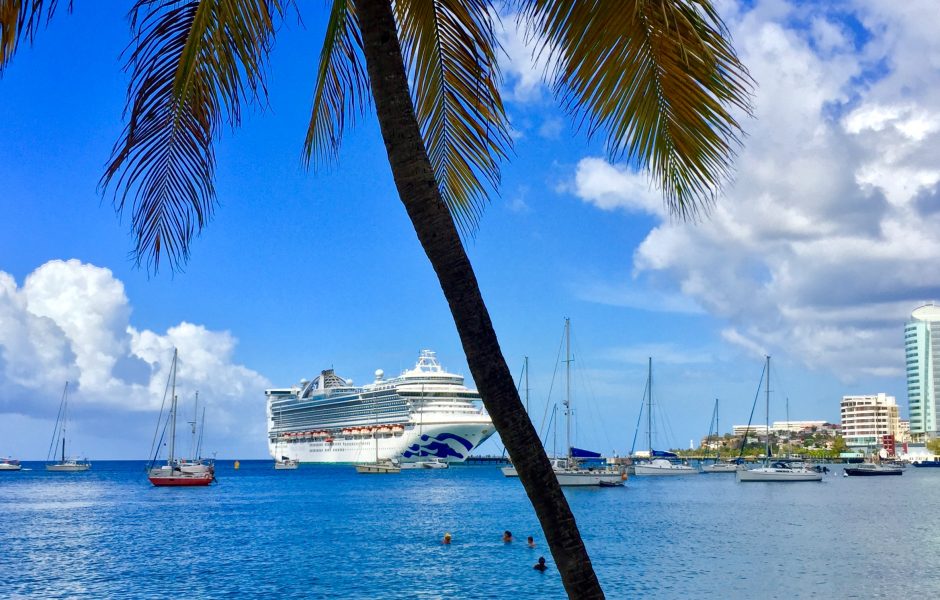 The unique snake flag of Martinique is actually an unofficial banner, as Martinique is a French territory where the French flag is flown on public buildings.  Having said that, the famous ‘snake flag’ of Martinique has been used since the 1700s on its vessels engaged in trade under French rule.  The flag consists of theRead more 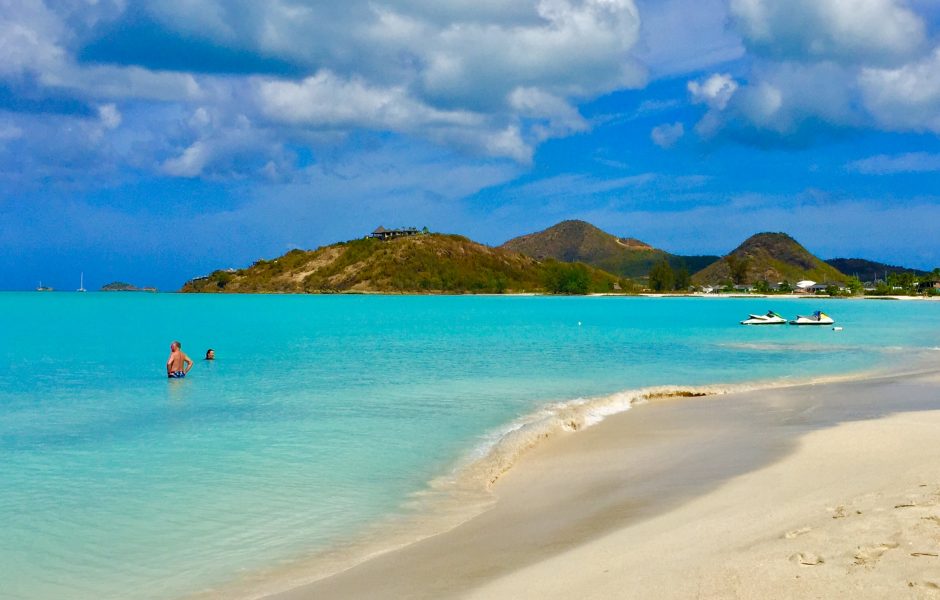 The flag of the island nation of Antigua and Barbuda is a unique design with much symbolism.  The red field represents life of the island nation’s people and black for their African ancestry.  The rising sun symbolizing the dawn of a new era.  The blue band represents hope and also symbolizes the Mediterranean Sea, whileRead more 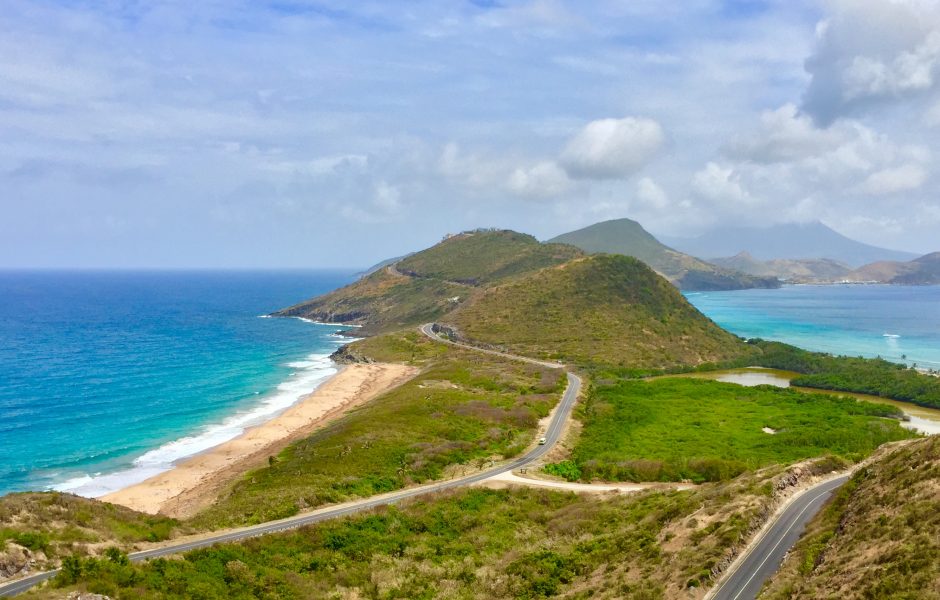 Adopted in 1983, the flag of St. Kitts and Nevis has a unique design on a green and red banner divided diagonally by a black band with two stars bordered by thin yellow bands on either side.  The green chevron represents the islands’ fertile lands and the red chevron represents the struggle for freedom.  TheRead more 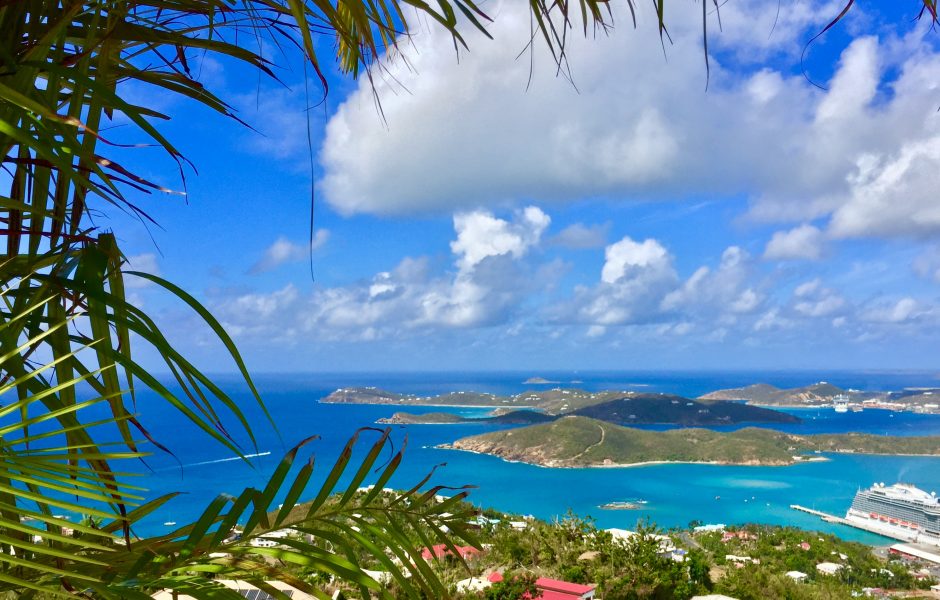 The flag of the US Virgin Islands contains a simplified coat of arms of the United States with the golden eagle and red, white and blue shield against a white banner.  In its talons the eagle is clutching an olive branch signifying peace and three arrows representing the three main islands–St. Thomas, St. Croix, andRead more 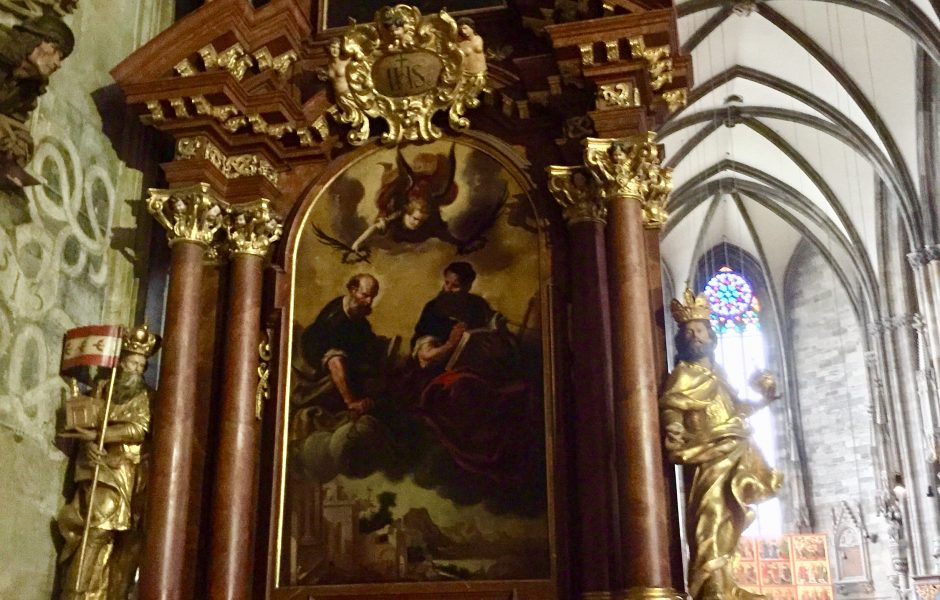 The flag of Austria, adopted as her national flag in 1918, is a simple tri-band design of three horizontal bands (one white sandwiched by two red bands).  According to legend, during the Battle of Ptolemais, the Duke Leopold V of Austria was drenched in blood from the ferocious battle and only a strip of whiteRead more